WHAT ARE YOU LOOKING FOR?

THAN 16 YEARS OF MANUFACTURING EXPERIENCE

What is the difference between a hatchback and a sedan? 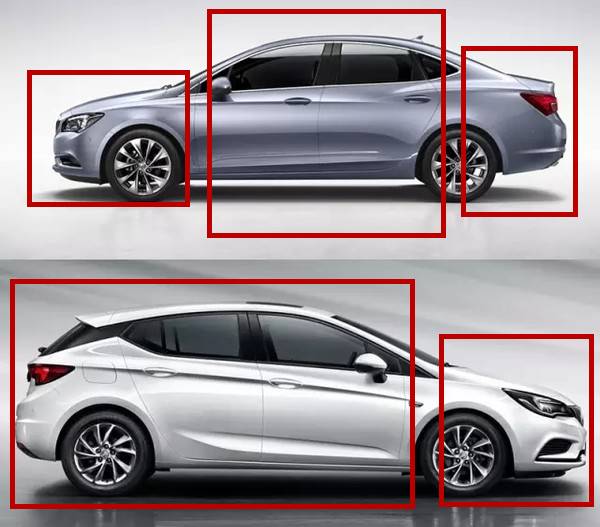 Sedan is mainly reflected in the appearance:

Because the hatchback and sedan trunk size design is not the same, sedan can have a larger load space, but the corresponding increase in fuel consumption. Hatchback body design closer to 0.618: 1 gold split ratio, the conversion potential will be larger.

From the appearance of distinction:

The hatchback extends the passenger compartment backwards with the luggage compartment, with the front and the sedan having an independent engine compartment. But the hatchback has a large opening of the rear door (generally set off, also known as hatchback); hatchback and therefore have the use of flexible, versatile features. Hatchback seats can usually be folded or even flat for the floor, the trunk volume can be much more than the sedan, to carry large objects.

Standing on the use of the point of departure:
The difference between the hatchback and the sedan is in use. Most of the hatchback on the market is shorter than the sedan, so the hatchback is more flexible than the van; the space is also smaller. For beginners is a gospel, reversing will be more convenient. Sedan vehicle space is larger, but the corresponding fuel consumption will increase; in the case of road congestion, hatchback will be more dominant.

Hatchback and sedan should be how to choose?
a) If you want a larger luggage compartment space, then buy a sedan version.
b) If you often need long-distance travel, then more suitable for buying sedan. Can put more luggage when filling people, the same comfort (noise and air conditioning cooling) will be better.
c) If you stop or often walk the road is very narrow, then the shorter and more flexible hatchback is more suitable for you.
d) Hatchback rear space will be slightly larger than the sedan version, if you think a section of the trunk of the back of the head space is relatively depressible, you can consider its hatchback version.
e) In summary: If you do not often encounter the above problems, then you can consider buying the first glimpse of the vehicle. And you are destined to bring you good luck.